So another Pokemon Sun & Pokemon Moon trailer just dropped a load more information. We finally can see what appears to be the whole of the new region. We can see what the pokedex will look like as well as the new professor.

The new professor, Professor Kukui, has a mystery assistent Lillie. Which we’ll just have to wait until the game comes out or more information is leaked/released. As far as the legendary pokemon goes though we’ve got both Solgaleo and Lunala that we now know the names of as well as their typing and at least one move. Solgaleo has the type of Psychic/Steel which is a surprise seeing that everyone thought it would be at least part fire type being Sun related. Lunala though on the other hand is Psychic/Ghost which makes sense for him seeing as he’s Moon related.

Alola is the region and as pointed out by someone on skype if you were to go to the Sun dial in anistar city you can see 4 islands behind it. So does that mean Pokemon has been hinting towards these new games for a while now? Who knows other then Gamefreak and The Pokemon Company. 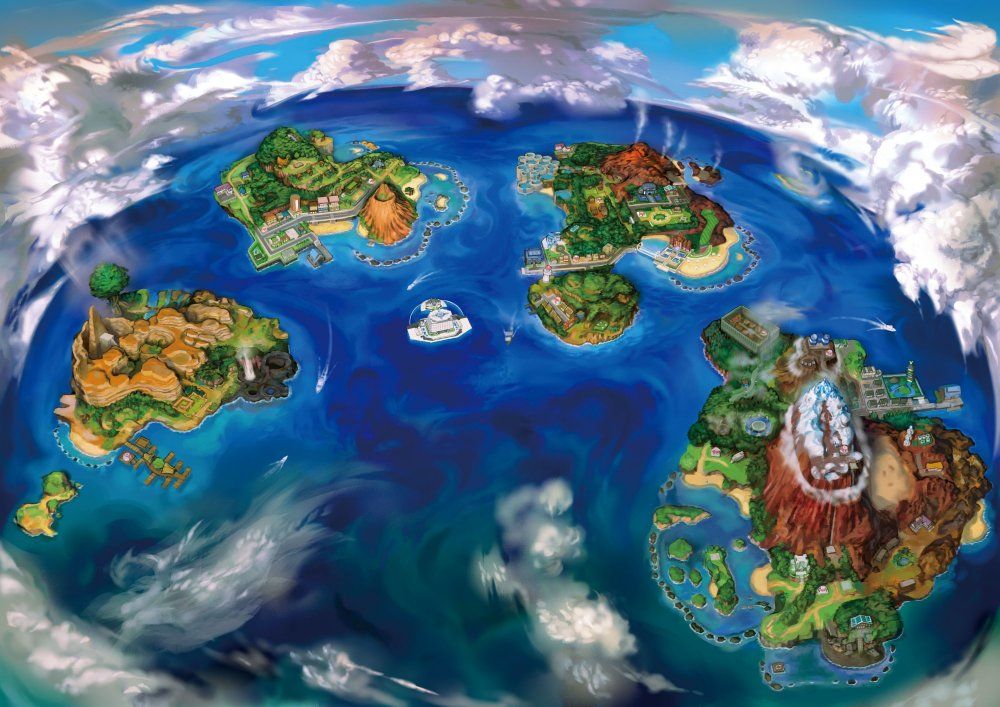